CHRIS JONES (Faculty) has a new book out now! RISE UP! Broadway and American Society from ‘Angels in America’ to ‘Hamilton’ is a “lively and readable book [that] tells the story of Broadway’s renaissance from the darkest days of the AIDS crisis, via the disaster that was Spiderman: Turn off the Dark through the unparalleled financial, artistic and political success of Lin-Manuel Miranda’s Hamilton.” Penned by one of America’s best-known daily theatre critics and organized chronologically, it is the story of the embrace of risk and substance. In so doing, Chris Jones makes the point that the theatre thrived by finally figuring out how to embrace the bold statement and insert itself into the national conversation – only to find out in 2016 that a hefty sector of the American public had not been listening to what it had to say. Chris Jones was in the theatres when and where it mattered. He takes readers from the moment when Tony Kushner’s angel crashed (quite literally) through the ceiling of prejudice and religious intolerance to the triumph of Hamilton, with the coda of the Broadway cast addressing a new Republican vice-president from the stage. That complex performance – at once indicative of the theatre’s new clout and its inability to fully change American society for the better – is the final scene of the book.

“The 32-year-old Holter — whose astonishing writing talent I’ve admired since he exploded here in 2012 with a gorgeous play called “Hit the Wall” — moves in fancy circles these days. He’s represented by a top agent at William Morris Endeavor. He was a 2017 winner of Yale University’s Windham-Campbell Prize, one of the most lucrative honors in playwriting, given that it comes with a check for $165,000, no strings attached. When I caught up with Holter last weekend, he was about to hop a plane to London to work with the National Theatre of Great Britain, arguably the leading contemporary company in the English-speaking world.” 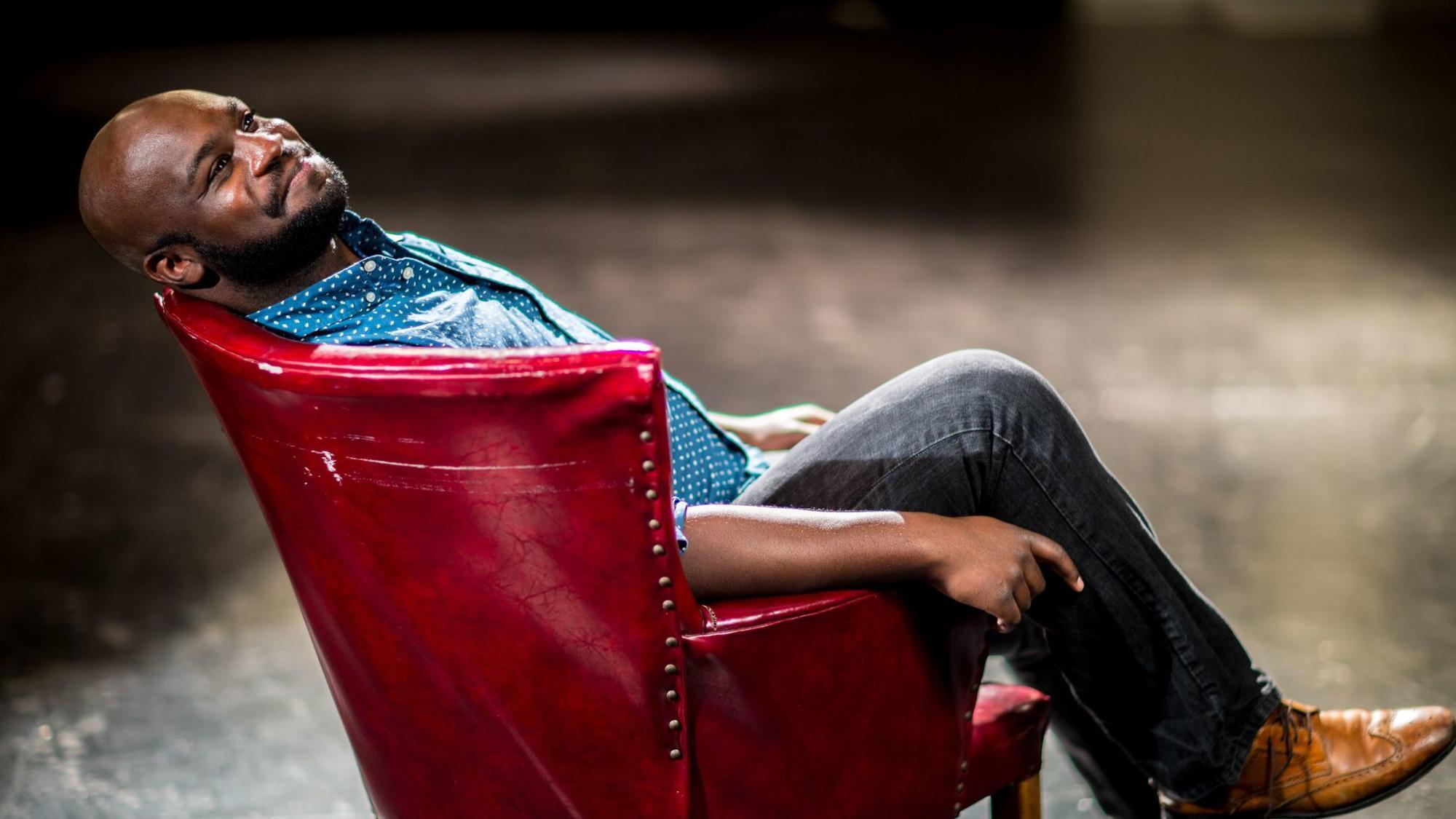 Talking to Ike Holter about “Sender,” “Wolf at the End of the Block,” “Exit Strategy” and how all the Chicago pieces to his dramatic puzzle fit together.

Source: Ike Holter’s plays you know, plus some you don’t, fit together into a Chicago cycle – Chicago Tribune